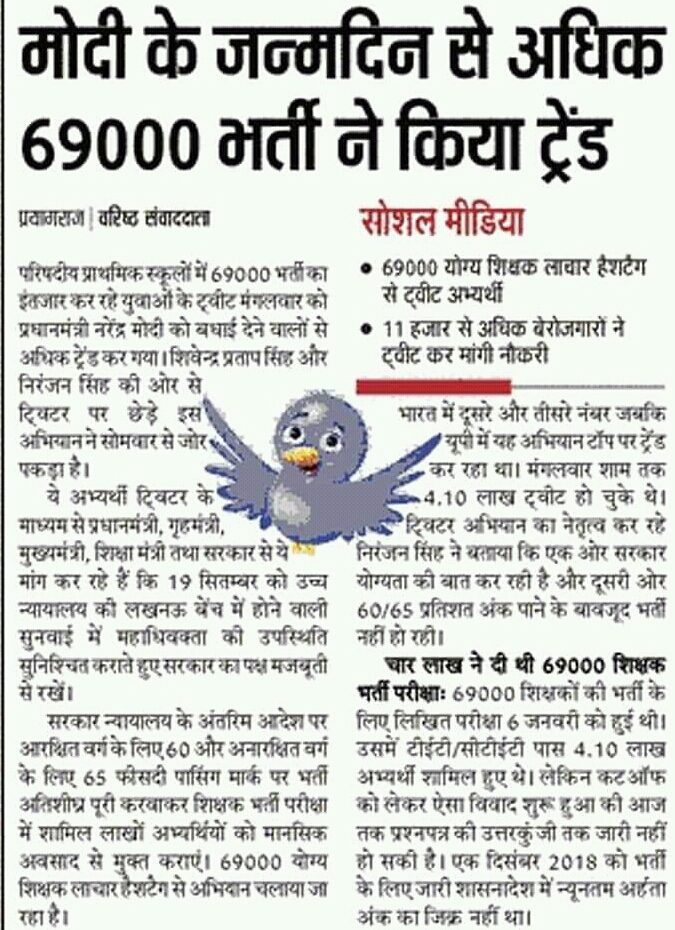 What is matter 69000 assistant teacher recruitment:

In Uttar Pradesh Education department release the notification of 69000 teacher vacancy for Primary teacher in 2018. All B.ed and BTC or D.el.ed and ctet or uptet pass aspirants eligible for these vacancies. Examination condcted successfully on 4 January 2019. But after examination government issue a letter regarding cut off marks 60% for reserve category and 65 for Unreserve category. After this letter these chaos created in Shisha mitra teacher. Beacause it is nearly impossible to them score such high numer. They are doing job since long time and diffcult to compete new young aspirants. Actually there is provision given by Government extra marks to all Shisha mitra. They need to just clear the examination.

What is B.ed candidates matter:

Now after 60 and 65 cutoff decided by Government. Btc and SHIKSHA MITTRA filled a case against cut off. How examination controlling Authority decide cutoff after examination. In june 2018 examination cut off was 40% (Reserved ) and 45%(Unreserved). It was not mentioned in recruitment notification. So they demand for lower cut off. After this case B.ed candidates also file case to give yogya shishak( qualified teachers) in up schhol and demanding cut off remain 60 and 65.

Thousands of unemployed youth also tweet on modi account and asking for new jobs. Recently unemployment ratio is high as compare to previous years. Most of the exam facing delay due to leak paper and due to other reasons. SSC also delayed vacancy since last 5 years.