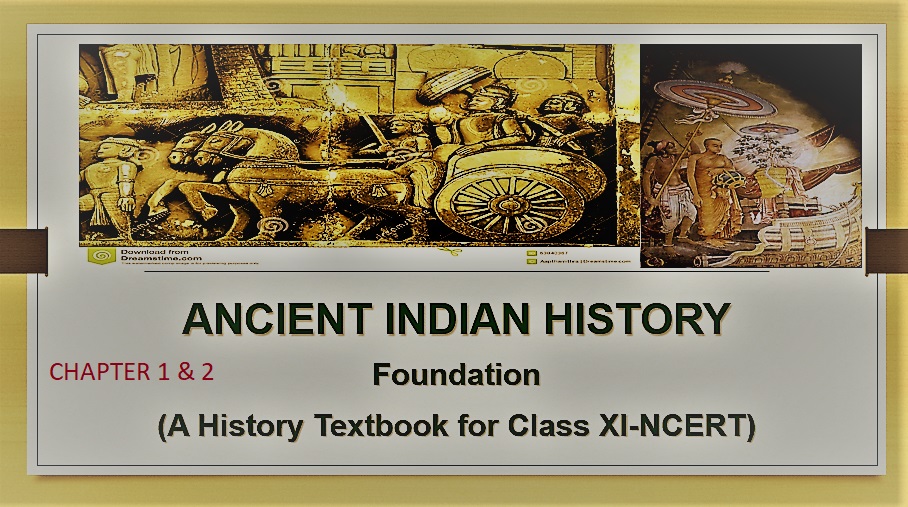 Hello friend here we are providing ANCIENT INDIAN HISTORY NOTES NCERT for class 11. These notes help for students preparing for competitive examination like UPSC, UPPSC, JKPSC, KAS, RPSC, SSC and other state psc examination. Most of the objective questions based on logic so there is logical assemble of key points from all NCERT chapter. Its cover UPSC syllabus of ancient history. These information collected by UPSC optional aspirant. here we provide all notes in MS power point also. you can also watch these lecture on YOUTUBE CHANEL HELPING BRAINS.

WHY TO LEARN HISTORY:

The Importance of Ancient Indian History:-

Foreigners (i.e. pre-Aryans, Indo-Aryans, Greeks, Hunas, The Turks etc.) came into Indian Land and contributed in the evolution of indian society. All these people and their cultural traits got mixed with one another.

This lesson about historians of Ancient india.